After we visited Ireland (please read that post before this) we went to Edinburgh, Scotland. Out of all the places we visited so far, Edinburgh was my favorite. Maybe because J. K. Rowling – the author of my favorite books – Harry Potter, lived there, or maybe because Scottish people are quick with a joke.

The day after we got there, we went on a Harry Potter tour through Edinburgh. We first got sorted into houses. I was in Hufflepuff, my sister was a Slytherin, my mom and dad were in Gryffindor. I wanted so badly to be a Gryffindor, but the wizard doesn’t choose the house; the house chooses the wizard 😞. We first passed by the hotel where J. K. Rowling stayed in when she wrote the last book – “Harry Potter and the Deathly Hallows”, which was my favorite of all the Harry Potter books (don’t worry I am not going to spoil anything). It was a big building, about the size of a small mansion. But at the beginning, she was pretty poor. She had to get a day job to support her baby👶. We learned about how J.K Rowling couldn’t focus when she was a secretary as she was always writing new ideas for Harry Potter books (just like I’m always drawing when I’m supposed to do something else)😁. 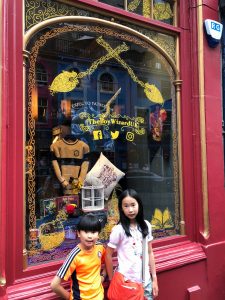 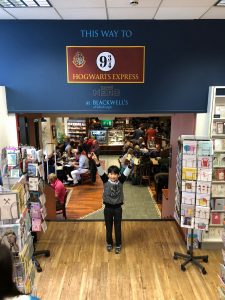 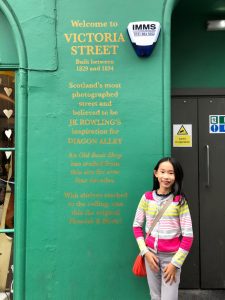 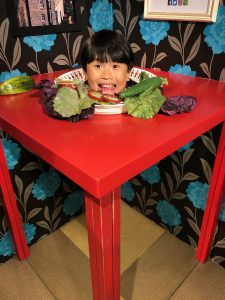 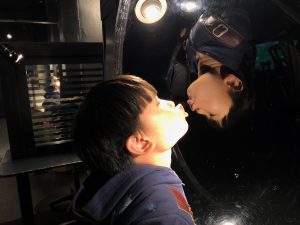 I hope you will go to Edinburgh one day too. It is a city of wonder!