This week, my family and I went to Alnwick Castle. It is in Northumberland, England. The castle is better known as Hogwarts School of Witchcraft and Wizardry in the Harry Potter movies. It was huge, you could get lost in there! Since it was Knights Week when we were there, there were lots of shows and activities. 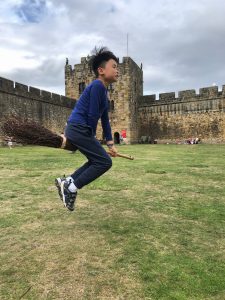 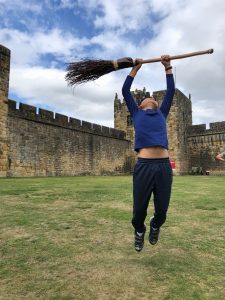 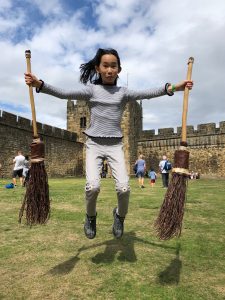 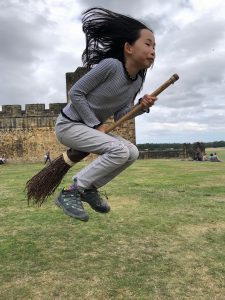 The fighting Knights were amazing. I had no idea that people now still were knights! It was so fun to watch men clashing swords. Did you know that medieval knights didn’t actually clash swords? Because the blades were so sharp that the knights would break the blades far too easily. The fighting knights were fighting very hard, you could feel the tension between them! 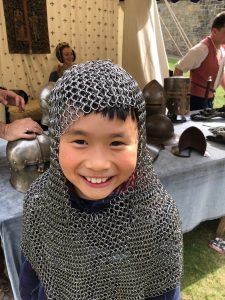 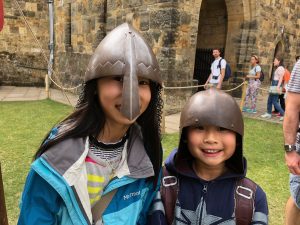 We also listened to a “peasant” teach us about the english longbow. The peasants didn’t only carry bows, they also carried a dagger and a sword. The “peasant” asked for volunteers for one of his demonstrations. I volunteered, I felt so brave, but little did I know that he was about to swing an axe over my head (don’t worry I had a helmet on my head)! But even with a helmet on your head, you still would be scared if somebody swung an axe over your head.